"During the Fall of 1921, a number of get together meetings were held for the formation of a Country Club in Porter County. On November 1, 1921 the signatures of 28 men pledging themselves as willing to become members of such an organization. The matter of selection and purchase of land suitable for building a golf links had in the meantime been given much attention and finally after most careful discrimination the farm of John Kuehl three miles north of the City was purchase. The deed was taken over November 1, 1921 for $10,000 - $6,000 paid, and $4,000 assumed." *

The Valparaiso Golf Club, Inc. known as the Valparaiso Country Club's articles of incorporation were granted on November 9, 1921. The officers and directors were: 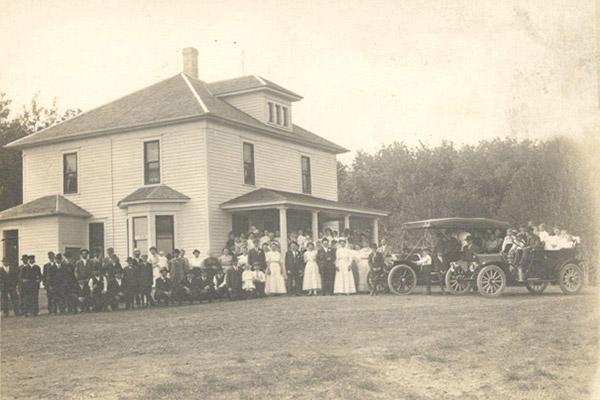 Clearing of the land for construction of a temporary 9-hole golf course was started in the Fall of 1921. Plans for the course were completed on March 1, 1922. The course was designed and construction was managed by charter club member Harlow Smith. Mr. Charles Foster and Patrick Clifford (also charter members) provided equipment and workers gratis from their company, Foster Lumber and Construction Company, to build the course. A building on the 80-acre farm of John Kuehl farm, where the course is located, was used as a temporary clubhouse.

On July 29, 1922 a dinner was served on the lawn by the women's auxiliary and the "temporary course" was ready to play. A few days later it was announced that the Charter Membership list of 100 members was full. At the first annual meeting held on December 12, 1922 plans were revealed by Harlow Smith for location of the permanent course. The permanent course was completed in 1924. Harlow Smith presented at the September 12, 1924 meeting a very interesting report explaining the system of planting the new greens by the stolen system and the reason why traps are set as they are on the permanent course.

In 1925 committees were formed by the board. They included:

On March 5, 1925 bids were accepted to build a new clubhouse for no more than $15,444. The value of the clubhouse and grounds after completion would be $50,000. A mortgage for $25,000 was taken out on August 1, 1925 and secured by 106 Mortgage Bonds issued to members for the aggregate total of $25,000. Construction was started in June and the clubhouse was dedicated at a dinner dance on November 11, 1925. Reverend E. J. Mungovan was the guest speaker and the Melody Makers from LaPorte provided the music. 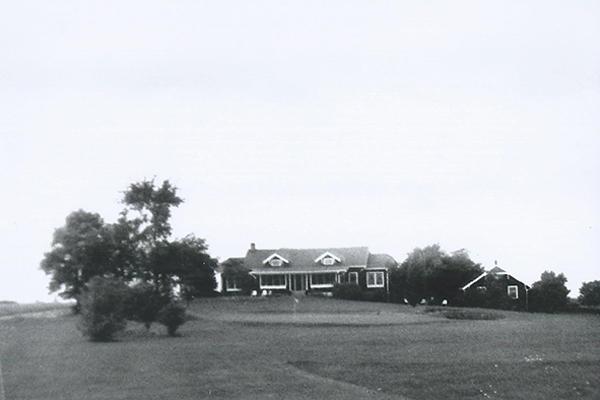 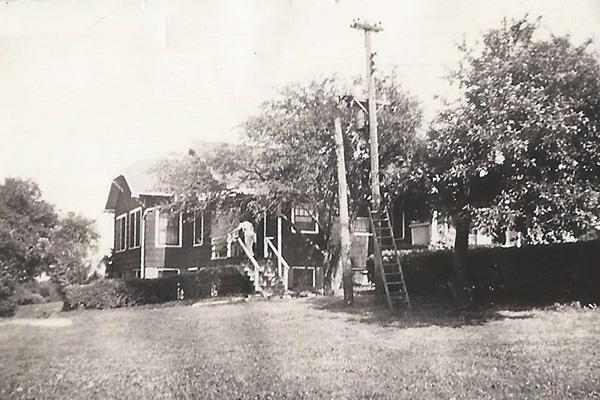 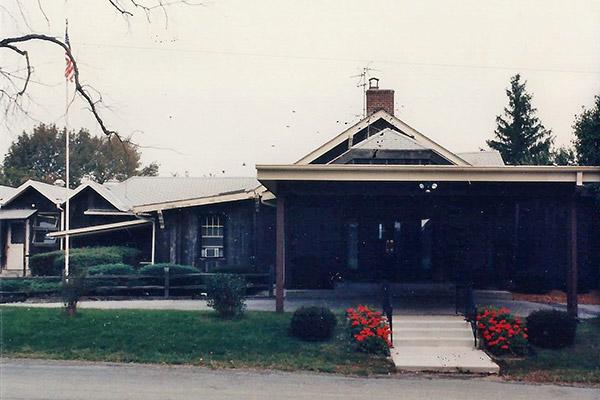 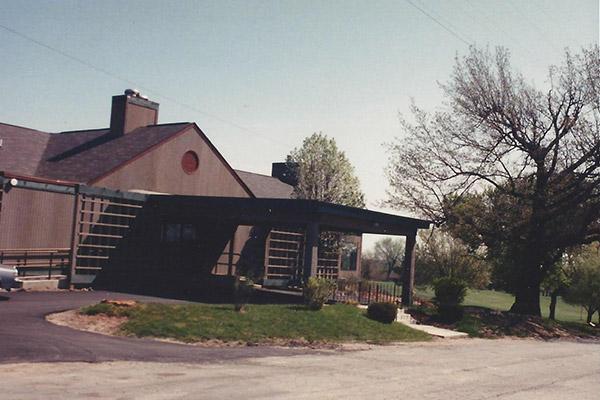 On October 5, 1925, Harlow A. Smith was awarded a "Life Membership" to the club for his dedication to the club in designing, planning, and overseeing the construction of the course.

On a meeting held October 31, 1925 a motion was made and carried to hire a golf professional and spouse for the club at a salary not to exceed $125 per month. The pro was to supervise work on the course, and together with his wife have all the concessions for the club, except for ginger ale sales. This was during prohibition and ginger ale was used instead of the word alcohol.

On October 31, 1925 Harold Ridgely was hired as the first club professional. Mr. Ridgely came to us from the Dixmoor Country Club in Homewood, Illinois.

In June 1926 the club started serving meals on Saturdays and Sundays.

On November 11, 1928 plans for a separate house containing a pro shop and housing for the pro and his wife adjacent to the Number 1 tee were approved. Foster Lumber built the dwelling and it was ready for occupancy for the 1929 golf season.

The club's second golf pro from 1937 to 1940 was an interesting man. Harold "Mush" March was our golf pro during the spring and summer months and in the fall and winter he was a professional hockey player. March was the right winger for the Chicago Blackhawks and was responsible for two of the Blackhawks most famous goals in history. March fired a shot after a face-off in the second overtime of game 4 of the 1934 Stanley Cup that found the net to become the first overtime goal to ever decide a championship. He also scored the first ever goal in Toronto's famous Maple Leaf Gardens. Mush March was a great player and a crucial figure in two Blackhawk Stanley Cup titles in 1934 and 1938. He passed away at the age of 93 in 2002.

The club maintained its membership and remained open through the Great Depression of the 1930's. In the 1940's World War II then came around and the club remained steadfast in remaining open, with the many members being older than the draft age supporting the operations. The 1950's and 1960's saw the club flourish and membership grew.

In early 1961 the board of directors hired John Darrah ASGCA, to rework the original 9-hole course and add an additional 9 holes. Mr. Darrah's most well-known course work was helping to restore the Olympia Fields CC after it was abandoned during World War II. After completing the Olympia Fields CC project, Mr. Darrah went on to form his own golf course construction business. Some of his other designs and reworkings include Wyaton Hills GC in Princeton Illinois, Morris Country Club in Morris Illinois, Arrowbrook CC in Chesterfield Indiana, Hopkinsville G & CC in Hopkinsville Kentucky, London CC in London Kentucky, Kankakee CC in Kankakee Illinois, and Youche CC in Crown Point Indiana. Mr. Darrah was elected into the ASGCA as a new member in 1966. He died in 1972.

The clubhouse was built in 1925 and has gone through many renovations. The most recent and extensive renovation came in the Fall of 1987 with completion in early 1988. With some minor changes, that is the building we are occupying today.

*from the minutes of the of the December 12, 1922 Annual Meeting